Put rather plainly: An Escape Room is a themed room and puzzle adventure in which players and participants attempt to find clues and complete a specific task before time runs out.

OKAY, BUT IS THAT WHAT ALL ESCAPE ROOMS ARE LIKE?

But that description does an incredible disservice to you, dear reader. It’s drier than a generous and crumbly mouthful of saltines, graham crackers, and sand. Allow me to offer you a tall glass of water.

OKAY, AND WHAT ELSE?

WHAT ESCAPE ROOMS ARE NOT

Working for an escape room adventure means having to dance a little around the question, “What do you do for a living?” because it usually involves a sort of drawn out explanation to those who have little to no basic understanding or idea of the game design. I recently attempted to explain escape room games to my inquisitive 71 year old landlord.

Sweetest man in the world, he asks, “So is it like a big…maze?” Not quite. “Is it a haunted house?” or “A place where you play games?” We’re getting warmer here!

These are all logical questions to ask, but a little off base when it comes to escape rooms. Let’s explore what it’s like to be kidnapped and dragged to The Basement: A Live Escape Room Experience, located right here in California.

[To be read in your best Rod Serling voice] Imagine, if you will, an unassuming office building, strip mall, or warehouse with a lone door. Upon close inspection, that modest entryway to the escape rooms bears a small sign decorated with keys and question marks.

Or instead, plastered with Missing Person posters and a note left from a prolific killer. The door is locked. Inside the first escape room, they are expecting you and your friends.

This is the first of many locked doors you will find along your journey. Has the escape game already begun?

GETTING READY FOR THE ESCAPE GAMES

Once you have unlocked the mystery of the front door, your host graciously welcomes you to a lobby more akin to prison cells. This preamble to your escape game largely involves waiver-signing, agreements not to punch actors, and very little clues into what will happen to your group next.

Your host smiles, a little too widely, as she ushers you deeper into the building. At this point, the black hallway flickers with amber light, illuminating access doors your escape game host begged your party group not to open.

She said it was for your teams’ safety, that she didn’t know what was behind them. What could that mean? She works here, surely she knows…?

BEFORE YOU ESCAPE THE ROOM

Unease settles heavily into your chest. Suddenly, there’s a banging from behind one of the doors, a scream can be heard from far away.

A man is thrown out into the hallway, scrambling on his knees as he welcomes you into the escape room game. There is blood dripping from his nose.

He is wearing an employee uniform, but looks like he’s a captive here in the escape games, just like you. He offers no comfort when he explains he is in charge of your safety.

IN THE ESCAPE ROOM YOU GO

Your manic friend opens the door. Your Time has come. But first, a video. Rules and safety precautions are laid out for you in the video, in-case-of-emergency details explained, and lastly, a little taste of the story game you are about to be thrown into for an hour.

Likely you enter escape rooms of your own freewill. If not, a cloaked figure in a white mask will personally escort you and your team by the scruff of your necks.

The cannibalistic killer then speaks to you directly. The clock starts, your time limit to solve is set, and your puzzle game has begun.

YOUR LIMITED TIME HAS BEGUN

You now have forty five minutes to solve clue after clue and complete your goal. Here at The Basement, you need to face your fears, uncover clues, and solve puzzles to avoid becoming dinner for Edward Tandy and his “Proven Few.”

THE GREAT ESCAPE AND A SCARY RIDE

I won’t spoil any of the specifics for you, but we have a great variety of fun puzzles for you and your team to solve that are sure to keep you on your toes. We test you on your creative problem solving, attention to detail, reading comprehension, communication, investigation, and team effort!

I asked my coworker and fellow escape room junkie Noah Slyvester this question. After a moment of thoughtful pondering he replied:

“Escape rooms are exhilarating, action-packed adventures. You need to rely on the intellect of your friends and the relationship you have with your team. It’s like being transported to a new world for a given amount of time. For that time, you are suddenly in a strange and unfamiliar place. It’s like being an astronaut on a foreign planet. It’s the magic of intense and tangible transformation. For me, the best parts are often the moments that you least expect. And of course the victories, after your first, you begin to crave them.”

FUN AND EXCITING, MAYBE NOT LIGHT-HEARTED

Escape rooms are a lot like exploring America’s greatest historical secrets with Nicolas Cage, for example, but without all of the real danger and fire. It’s like being in Hollywood blockbusters. But better.

You are the lead in the story, you are an active participant playing. It doesn’t progress without you and you get to call all of the shots.

Sure an escape room is puzzles and a theme and one hour timers and locks and keys that transfer you from game room to game room. But it’s also a fun opportunity to live a real-life adventure somewhere deep in a warehouse in Sylmar. 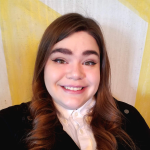